On the evening of Monday 6 July, the Abbey Theatre joined nearly 700 other venues across the country which illuminated their buildings in red. The aim was to draw attention to the dramatic effect of lockdown on the arts and events industry.

The theatre’s Technical Executive and lighting designer, Paul Davidson, assisted by trustee Apryl Kelly, had a trial run on Saturday evening, lighting the building in blue to celebrate the 72nd anniversary of the NHS.

‘Theatres are still not able to open their doors to the public and we have no idea when they will be able to,’ said Paul, “but Company of Ten members are planning for the future. We wanted to show our support for those theatres which are in a less fortunate position than we are.’

Red stage lights made an impact as they lit up the theatre’s façade and fly tower until 10pm.

‘From the National Theatre and the Royal Albert Hall to local venues like ours, theatres, event companies and venues across the country have no income, and some may never reopen,’ said Theatre Manager, Tina Swain. ‘The recent announcement of £1.57bn funding for the arts is very welcome, but theatres were among the first to close and will be among the last to reopen.’

The Company of Ten has had to cancel all its productions and bookings from mid-March until the end of the season. Trustees of the theatre are currently putting together a plan for the future, which will be ready to go as soon as theatres are allowed to reopen to the public.

As soon as these plans are available, you will be able to find more news on this web site.

Find more information on the Light It In Red campaign at their website: www.lightitinred.co.uk 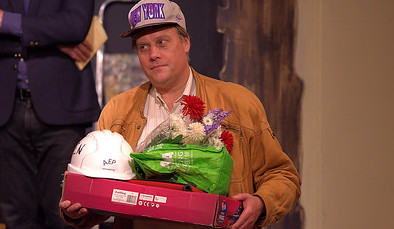 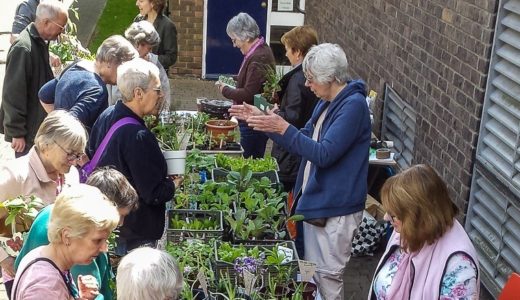